Price to pay for these skills


There is a price to pay to gain the skills necessary to be an effective Operator / a well rounded martial artist / to kick ass like Batman.  Obviously there will most likely be a financial exchange for training, and a time commitment as well, but that is not what I mean.

One night after a particularly long day of training, some people I respect deeply and I were sharing some scotch and cigars around a bon fire.  We were also popping essential fatty acids, imflatone, and ibuprofen like pez while trading stories of all our injuries and scars.

One of these guys who has a penchant for mythology told me the fable of Odin’s eye. 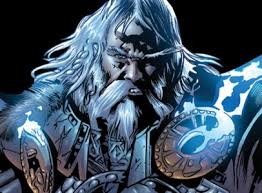 For those of you not from , or if you don’t read Thor comics here is some back ground.

Odin is a major god in Norse mythology and the ruler of Asgard.  Odin is a principal member of the Æsir (the major group of the Norse pantheon) and is associated with war, battle, victory and death, but also wisdom, Shamanism, magic, poetry, prophecy, and the hunt. Odin has many sons, the most famous of whom is Thor.
{from Wikipedia}

So back to the fire side story
Odin knew about a well of wisdom.  In order to be able to drink from this well he had to pay a price.
Mimer the giant who protected the fountain of knowledge asked “What will you pay for a drink from my well, and why do you wish it so much?"

Odin replied "I can see with my eyes all that goes on in heaven and upon earth," said Odin, "but I cannot see into the depths of ocean. I lack the hidden wisdom of the deep, —the wit that lies at the bottom of your fountain. My ravens tell me many secrets; but I would know all” (Odin wanted the ability to see into the future)

Mimer told him “If I grant you a draught from my well, you will become as one of us, a wise and dangerous enemy. It is a goodly price, Odin, which I shall demand for a boon so great."

"What say you, then, to leaving one of those far-seeing eyes of yours at the bottom of my well?" asked Mimer, hoping that he would refuse the bargain. "This is the only payment I will take."

Odin hesitated. It was indeed a heavy price, and one that he could ill afford
But he glanced at the magic fountain bubbling mysteriously in the shadow, and he knew that he must have the draught.
Odin thought merely of the wisdom which was to be his. He seized the horn eagerly, and emptied it without delay. From that moment he became wiser than any one else in the world except Mimer himself.

Now he had the price to pay, which was not so pleasant. When he went away from the grotto, he left at the bottom of the dark pool one of his fiery eyes, which twinkled and winked up through the magic depths like the reflection of a star. This is how Odin lost his eye.

You may be saying to your self, wow that is cute Kasey, your bard must have rolled a natural 20 in charisma, (that is a Dungeons and Dragons Joke for all you too cools) but what does that have to do with training?

Recently several guys I work and train with have had problems with their knees.  In fact one guy's doctor told him human legs are like tires, good for about 20,000 miles.  He went on to say that my friend (in his late 30’s) has put 100,000 miles on those tires already.

We all have a use by date on us, we only have so many miles on our factory warrantees, and just like squad cars we get driven harder and used up  faster.

I believe that is one of the reasons why most department approved admin favored dt doesn’t work.

Sadly, on occasion no matter how many safety precautions you take, training in effective systems will cause injury.  There are far too many administrators that view defensive tactics / police combatives simply as liability insurance.  Our department gave the Officer the minimum hours required by the state so if he gets hurt on the street we are not liable.  It doesn’t really matter to them if that minimum training is worth a shit or not.

But, if an Officer gets hurt in training and Admin has to pay workman's comp and overtime to cover that Officer's shifts while he heals that training usually gets squashed.

Then it is replaced with something that never results in training injuries.

Unfortunately the reason the newly approved system has no or lower injuries is not due to better safer methods of training efficient techniques but rather because the techniques now being taught are inefficient and could not hurt anyone even if that was the necessary and justified intent.

The key is , the moral of the Odin story is losing one eye but not your sight.  Training hard enough to own the necessary skills (wisdom of the fountain) will take a toll on your body (lose an eye).  .  If you have to, lose just one eye, but not your ability to see.  Make sure that you pay that price with out rendering your body no longer capable of being an Operator.

Knowledge / skills that can not be used for the benefit of others is wasted.

Just like squad cars because we get driven harder we need regular maintenance more often to keep us in the fight.

So take care of yourself, keep yourself in the fight Train hard – Train smart – Be safe

Question:
Can you tell me what the 5 best arm locks from any position are?

I gave him the readers digest version of joint lock clinic, but his question got me thinking.

There really are no easy answers to a question like that.  Any answers that are easy are very prescriptive.  Meaning if he does this exact specific thing, then you do this particular move.

That is fine if you are trying to pimp a specific style, but actual confrontation is never cut and dried like that and happens much too fast for that type of if/then thinking.

However, principles are universal despite style.  People have been in confrontation since Cain and Able.  There is nothing new under the sun, and there are only so many ways a human body can be manipulated.

To help clarify my point and answer my friend’s question lets look at arm locks or joint locks (kansetsu waza) in general.

There are 1000s of locks but only very few principles. Understand the principles and you can improvise / create locks under pressure from any position.  Much more useful in conflict then trying to choose a technique from a mental list of different locks form different positions you may have memorized.

Elbows (and finger knuckles) are hinge joints they break by placing a fulcrum close to the joint and applying opposing force as far away down the lever arm as you can.  This is a principle, it is universal across all styles.  Every joint lock you know that attacks a hinge joint works this way.

Wrists are floating joints.  To clarify terms stick you arm out and point your thumb back at your nose, like you are drinking from a long neck bottle.

From this position if you try to make your middle finger touch your elbow either palm to arm or knuckles to arm you are folding the wrist.

From this position if you try to turn your pinky towards your chest or your thumb away from your chest you are twisting the wrist.

Understand the principles and you can improvise / create locks under pressure from any position.

That is a useful skill to acquire because hunting for joint locks in a confrontation is actually very hard.

This is where Police Officers see many of the techniques they were taught at the academy fail.

Because they were taught specific prescriptive techniques, not universally applicable principles.

Hunting for a specific lock is difficult.  Taking advantage of a “gift” the control subject gives you is actually fairly easy.

A way I learned from Rory Miller (Also available in his book “Drills”) to train this can be broken down into two drills.

1 – Improvise
After discussing the principles, pairs of students have 5 (or how ever long) minutes to come up with as many locks as the can think of for the shoulder.  Repeat for the elbow and the wrist.

2- Apply
After the discussion and the first drill students should begin to see that no matter how differently they locked each joint, even including using the environment and weapons.  The principles that made the locks work were the same.  Now time to play with it.  Using a one step drill and thinking about locks encourage students to improvise locks based on the “gifts" their partner gave them.  For example say your partner threw a right hook with his / her one step.  Can you in one motion improve your position, worsen his/her position, protect yourself from damage, and apply force to him /her (for this drill in the form of a joint lock).  If you hunt for a specific lock it will be very hard to do.  If in the course of improving your position, worsening his/her position, and protecting yourself from damage a joint becomes exposed (gifted to you) applying the appropriate principle is relatively easy.

Also, and seemingly inversely, understanding the underling principle makes learning the technique easier and allows you to adapt techniques to your specific needs.

The technique may look different than your Instructor's say for example because you have short stumpy arms and Sensei’s arms looks like he received a transplant from an orangutan.  But if you apply the principles and lock the joint who cares what it looks like?  Does it work?  Can you make it work on larger stronger attackers?  Can you do all of that under pressure without eating damage while you lock it?  That is what matters, not any strict adherence to some aesthetic  idea of how a technique should look.

Question:
Can you tell me what the 5 best arm locks from any position are?

Re-examine the question, fight to the goal.  If your goal is to control an attacker with an arm lock we have to re-frame the question to what is the best way to lock an arm?

By mastering a few principles you own 1000’s techniques and can improvise what is needed on the fly even if you have never been trained in that particular position or situation.

To me this is takemasu aiki, spontaneous creation, the highest level.  You don’t need to be the last dragon or train for 50 years to achieve this, but you do have to be able to break away form style specific, even dogmatic thinking and train smart (fight to a goal).

You now posse the power of the glow