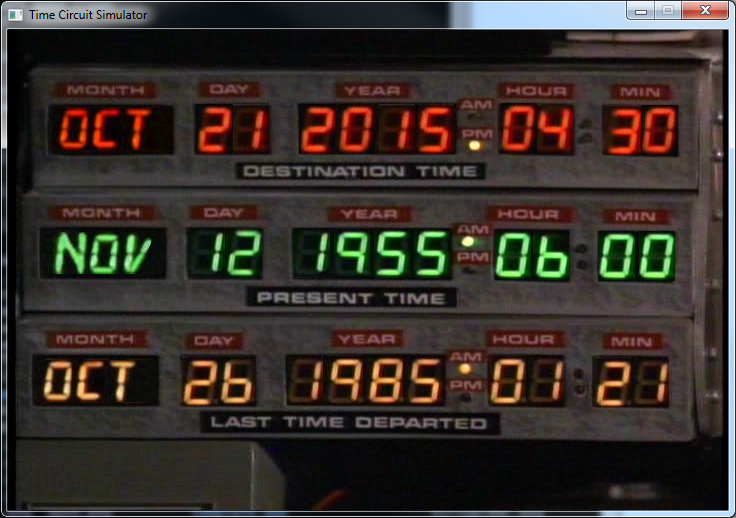 I was watching “Once Upon a Time” with my daughters the other night.  In that particular episode two characters travel back in time and get stuck there.  One even jokes that they need to find Marty McFly.  Ironically enough a few scenes later she accidentally prevents her parent’s first meeting and must spend the rest of the episode putting the time line back on track so her parents fall in love and she doesn’t blink out of existence.

Got me thinking about time travel
No I didn’t crack my head on the toilet and come up with a flux capacitor.  More along the lines of “Somewhere in time” 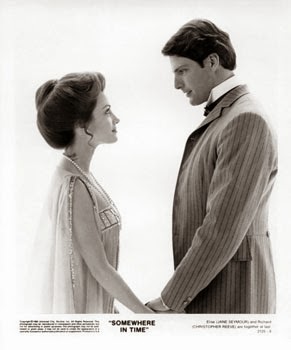 I remember watching this movie as a kid.  If you haven’t seen it here is the low down
Christopher Reeve plays a playwright.   After the premiere of the first play he has written he is approached by an elderly woman who places a pocket watch in his hand and pleads, "Come back to me."  Years later he develops a crush on an old timey picture in an old hotel.  Does some research turns out the old broad is the gal in the picture.

Yadda yadda tries to hypnotize himself into visiting the past and fails.  Then he finds an old hotel guest book from 1912 with his signature in it and realizes that he will eventually succeed.
Tries again with this time because of the guest book, his absolute faith in his eventual success becomes the trigger for the journey back through time.

More of a romantic drama than a sci fi adventure but I remember it because it was the first time I was exposed to the concept of a temporal anomaly.
If he never went back in time she would never have had the watch.  If she never gave him the watch he never would have gone back in time.

Does your head hurt?

Another thing that has always fascinated me about time travel (at least how time travel is depicted in fiction) is the ripple effect.  How changing one seemingly minor event in the past can have a profound effect on the future.

As mentioned before when Marty accidentally interfered with the event that lead to his parents falling in love he nearly destroyed his family and changed the effects his family’s existence had directly on the world and also on everyone that they came in contact with and the influence of every decision they made.

Along those lines, the ripple effect is one of the problems I have with the show “Continuum” 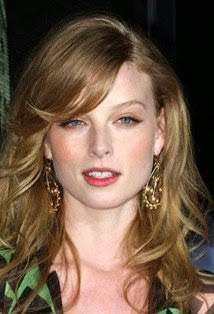 Rachel Nicols plays a Protector (Military / Police) from a future where an amalgam of big business (Corporate congress) rules the world.  She accidentally gets sent back in time along with a terrorist organization that wants to use the ripple effect to destroy the corporate congress.

She has to struggle to keep the time line as it was so her family still exists if/ when she can find a way back.
The terrorists want to stop these big corporations.  Imagine how different the world would be today if someone went back and stopped Apple from ever being founded.  You wouldn’t be reading this blog on your IPhone.  Hell, there might not even be such a thing as a blog.

How could this time line exist without access to the Budo Blog?  I shudder to think.

My problem with the show is there is a third group of time travelers called free lancers.  They are a nearly 1000 year old organization dedicated to protecting history and preserving the time line (kind of like Timecop but without mullets). 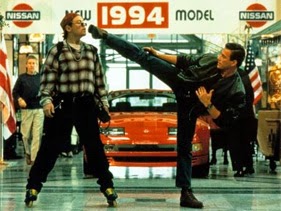 Instead of being exactly when and where the terrorists and the hero appear in this time line and killing them instantly so they can have no ripple effect, they allow them to have weekly adventures fighting echo other. Lame

OK back on point.  Where am I going with this?
So besides being a sci fi nerd why did I bring up those time travel stories?

Two points I want to hit on:


We discussed how the ripple effect is described in popular media.  Changing one seemingly minor event in the past can have a profound effect on the future. 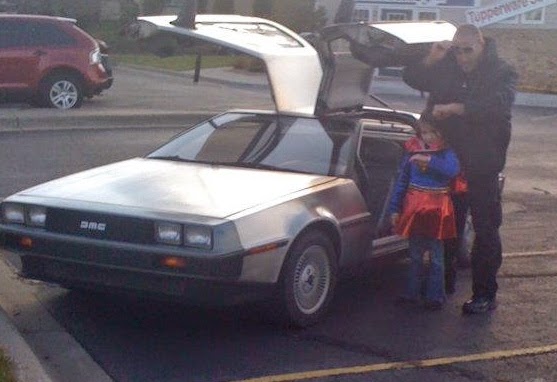 We all do it every second of every day ever forward into the future.

We can’t go back.  However we can imagine where we would like to be in the future and find a way to get there.

If you could go back in time, say 5 years – what would change?  What information would you give a past version of yourself?

We can’t go back, but we can create our own ripple effect moving forward.

If the end of the ripple is who you want to be / what you want to be doing 5 years from now.
What are the pebbles in the pond that would cause that particular ripple. 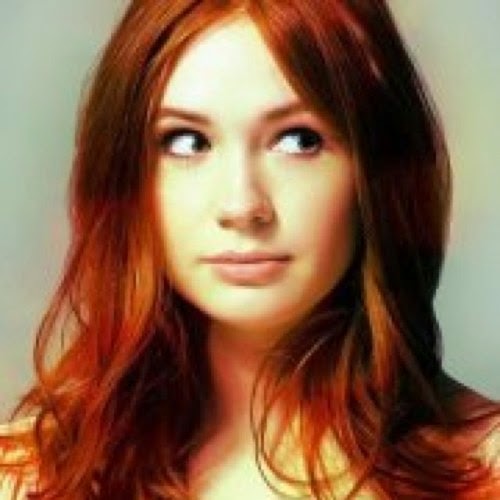 What would you have to have in place 2 ½ years from now to be who you want to be / what you want to be doing in 5 years?
In one year?
Next month?
Today?

Like in “Bill and Ted’s excellent adventure” - remember to put a garbage can here.  It only works if you go back and put in the work to have all things in place when you need them. 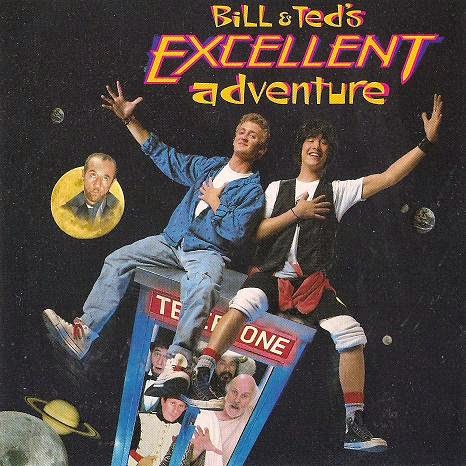 We can’t go back but we can put those things in place for our future selves.

Set you goals.  Develop a road map to get there.  Work the plan.

Changing one seemingly minor event in the past can have a profound effect on the future.

“We are what we repeatedly do.  Excellence, therefore is not an act, but a habit”
-Aristotle 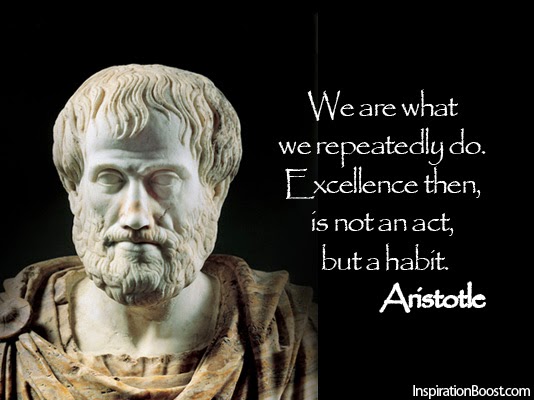 Have you done that today?
If not, why the hell not?

Asking myself those selfsame questions I have decided that every day I need to spend at least 1 hour on:


I also need to do dry fire drills regularly not for an hour, and not every day, but regularly.  I have also found that I need to pay constant attention to my nutritional intake or it catches up with me.

Like the old saying - A moment on the lips a life time on the hips.

If you don’t have a plan it is easy to fall into behavior patterns that are not affecting the change you want.  No pebble in the pond, no ripple.

For myself I have found it easier to stay on track if I start each day with a to do list.  Then fit that list into a time line for the day.  When I am done with the things I have to do I can play with the things I want to do as a reward.

Put in the work every day and watch the ripples.

{Side note and shameless self-promotion (which kind of proves my point) – this blog has been featured on Aikido Journal Online http://blog.aikidojournal.com/2011/02/03/reality-based-scenarios-by-kasey-keckeisen/ }

That article asked how do you become strong in Aikido.  The author asked that question of several high ranking Aikidoka for different training backgrounds.

One replied you must perform misogi.  (Misogi is a Japanese Shinto practice of ritual purification by washing the entire body.  Usually under a water fall) 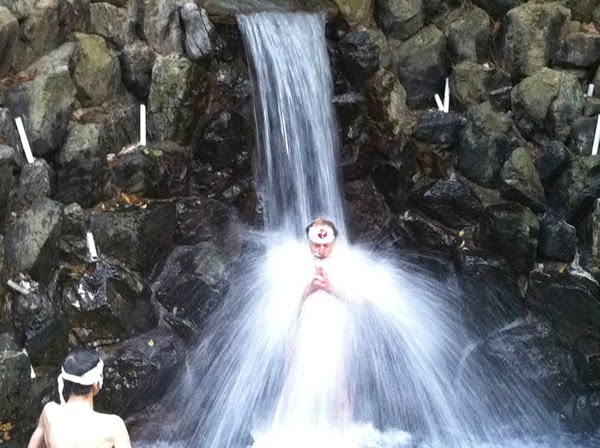 Another replied you must deeply contemplate Osensei’s teachings and read all his writings.

For every “master” they asked there was a different answer.

Except from the Yoshinkan guys.  Every Yoshinkan guy they asked responded almost verbatim.
There is only one way to become strong in Aikido.  Show up at the Dojo on a regular basis and train hard.

Belief that it can be done
Absolute faith in your eventual success.
Whatever it is you want show up every day and work for it.
Know deep down in the marrow of your bones that it can be done.  All the work is paying off, even if you can’t quite see it yet.

Nothing succeeds like success.  Set small reasonable goals.  Accomplishing them conditions your mind that it is possible.  Continuing in reasonable increments of difficulty until you are there.

Dedicate yourself.  Everything you do can bring about that future ripple.

Granted, we all are all just human.  You will need rest days, cheat meals, mental health breaks.  But they should serve to re-energize you to get back into the struggle for what you want.  Not take you in the opposite direction.

I want future me to thank me for all the work I put in. 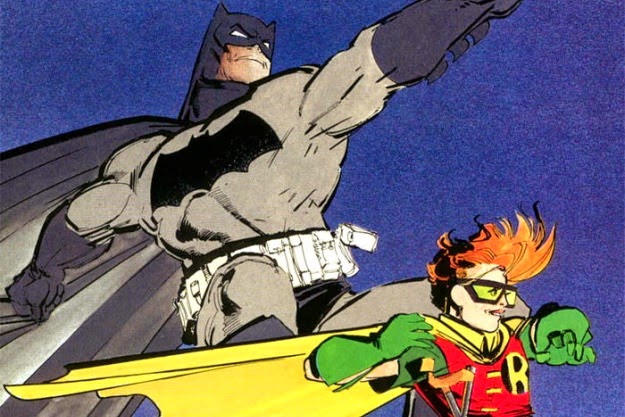 Not to curse me for sitting around day dreaming about what could be, without working to make it a reality. 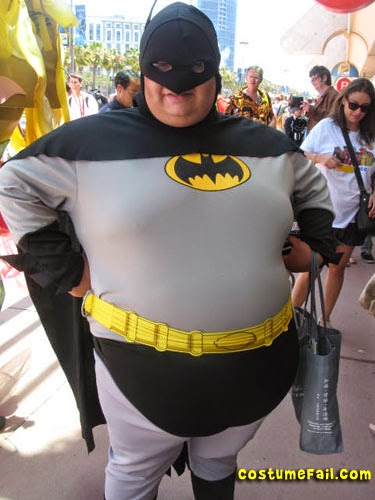 Nearly a year and a half ago I decided I wanted to be Batman.  I defined what it meant to me to be Batman and developed a plan to get there.  Now I am about 6 weeks away from the deadline I set and I am on schedule to meet those goals.

I didn't always have absolute faith in my eventual success.  There were plenty of times (especially while running) I wanted to quit.  But I didn't.  And every time I didn't quit I got just a little closer to being Batman.

All those just a little closers added up.  Now I'm almost there.
Stay tuned for results.

Nothing succeeds like success - absolute faith in my eventual success.
I know that not all that long from now published author financially independent Kasey will look back at this blog and smile.

Did he some how write this blog?  Without this blog would he ever come to be?
Now my head hurts.


Decide what you want and put in the work to get it.  Let nothing stop you.
Posted by Kasey at 12:25 PM No comments: