Don’t call it a comeback


Hey everybody, it's been a long time since I rock and rolled.

The last blog I posted here was from April.  I'm sorry for my absence.  I will not make excuses, but a lot of things have been happening.

You may be asking yourself - Kasey, you handsome son of a bitch, how can someone that is so obsessive about time management not find time to blog.

Honestly I had to prioritize some things and sadly blogging fell into the not time sensitive folder to give more time to things that had to happen.

Honestly, I wasn't even going to post this blog.  It was entirely for me to get some things off my chest.  However, after some thought I figured maybe it could be useful to someone in a similar position

The last time I wrote a blog I didn’t intend to post was after Jeff’s death.  I needed a way to process thoughts.  Writing helps me do that. 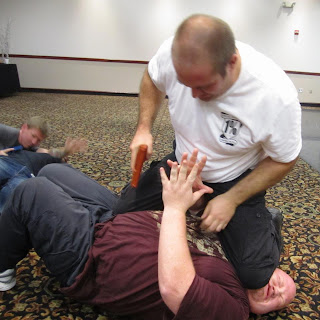 (This is how I show my love)

As I write this I have a cigar in my yap and a drink in my hand.  I just got home from celebrating my 44th birthday with my family at a restaurant I love.

Holy Crap!  My birthday was four months ago.  That shows how hectic life has been!

This morning I got paid to shoot guns.  Life is good.
Life is good – it hit me, this is the first time I have had that once familiar moment of Zen.  Sometimes you become so accustomed to bearing a load you don’t realize how heavy it has become until you shrug it off.
Sniper quals are once a month.  I haven’t been allowed to attend a qual in 6 months.  I was non-operational in that capacity.  Today I killed it!  I was me again.

As I mentioned, this is the second blog I thought I would never post.  Mostly because it is about some things I have kept to myself that have occurred over the last few years.

From 2005 until 2015 I ran the crime prevention unit, which consisted entirely of me.  That gave me the freedom to "self actualize" for lack of a less narcissistic term, to become the best version of me. 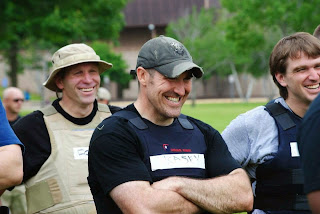 I could work out on duty.  That freed up a lot of time to spend with my family.  I made my own schedule so I could always go to SWAT, and Sniper training.  I was on two SWAT teams.  I was the first to show and last to go.  I ran a majority of the training.  I was the backbone of the team.  You can always count on Kasey.  Every Thursday I had Tactical training.  By NTOA standards I was the only full time Operator (I use that word on purpose) in the entire State.  After training I would drive home smiling because I just got paid to do what I love and then I'd have a 3 day weekend.  Life is good.

In 2015 the Crime Prevention position was eliminated (in retrospect it was too good to last forever) and the infrastructure required to maintain the best version of me started to crumble.

I was back on patrol, and had to fight to get to training on a regular basis.  I was accomplishing it, but it caused  huge amounts of stress.  I had to give up the WMD team.  The load I had to bear began to be felt.  I didn’t have the time to run training anymore so my contribution to the team diminished.  I could work out on duty but I was subject to call.  I couldn’t just focus on, and enjoy training, I was always worried I would get a call.  I always got calls interrupting training, again causing a ton of stress.  The load got heavier.

A Patrol Officer quit, another was injured, we were short on Patrol (somehow we are always short on Patrol).  I had to reduce Sniper training from 1/month to whenever the schedule allowed.  The Sniper Team Leader let me to do this because I had earned my keep over the last decade.  Anyone else would have had to give up their riffle.  Stress increases, the load got heavier.  I was apprehensive answering phone calls from old friends.  Is this the call they ask me to leave?

Policy changed and we were no longer allowed to workout on duty.  To maintain my standard of fitness I had to take a big chunk of time away from family.  Even more stress, more weight to bear.

My old knees got bad.  I couldn’t run anymore.  I had to retool my entire approach to fitness.  I put on weight.  Clothes I  bought during my  Batman by 40  training didn’t fit anymore.  Batman by 40 was achieved but at a price.  It was not maintainable.  If I can’t wear my clothes who am I? 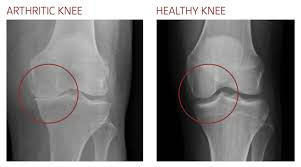 More Patrol Officers quit, were injured or pregnant.  Patrol was so thin I had to reduce my MANDATORY SWAT TRAINING by half.

Again, The SWAT Commander allowed me to do this because of the contributions the best version of me had made.  Anyone else would have been kicked off the team.

This year, from January until Viody in Boston in May, Patrol was so short I was unable to go to any training, or take a single not regularly scheduled day off.

The load is starting to become unbearable.  I have become the guy that used to be Kasey FUCKING Keckeisen.  It had begun to affect Kasey the husband and father.  I was not nearly as fun to be around.  I had to focus on being human around my family, not taking things out on them, keeping an emotional reservoir that depleted ever more quickly then, full enough to be worthy of my wife and children.  An opportunity to be part of a full time tactical narcotics / violent crimes team came up.  This could be my way out.  This could be great!  Things did not go my way.  Kasey FUCKING Keckeisen doesn't lose.  The guy that used to be him just lost.  I was angry.  Like all the time.  Angry was my default setting.  The load kept getting heavier.

So much so that in June when friends came to visit, they mentioned that I look noticeably hunched over. 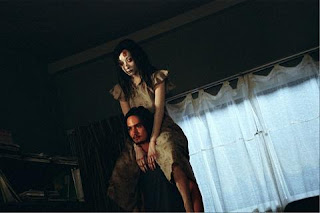 If you've seen this movie you get it

I didn't want to be a cop anymore.
I couldn’t believe that I was saying that out loud.  It hurt, that is not the way I want to go out.

I could see Violence Dynamics as a positive way out.  The anger I felt could be focused on making that a financially viable business.  I will burn my boats on the shore.  Victory or death!

However, I am terrified that people will have no interest in paying to learn things from the guy that used to be Kasey FUCKING Keckeisen.

EAST METRO SWAT disbands and is absorbed by Ramsey County.  There are now 15 guys on the team who have no idea who Kasey FUCKING Keckeisen is.  The allowances of the Commander and Sniper TL are coming into question.
It is a dark time for our hero (that’s me Kasey, everyone is the hero of their own story)


The PD creates an SRO (School Resource Officer) position.  The Chief asks me personally to apply.  I am the guy he wants on this job.  This is my way back.  I can do this until I retire and Viody is my full time gig.  To get the job, I must go through three interviews, one with the Chief, one with the Principal, and one with the School Board.  I kill all three interviews.  I get the job.  Kasey FUCKING Keckeisen doesn’t lose.

Now it is Summer and for the first time in a long time the Patrol is at full strength.  I can take time off to spend with my family.  I am free to attend SWAT and Sniper training.

With the new gig, for close to 10 months of the year I make my own schedule again.  I can work out before work.

This morning I got paid to shoot guns.  After training I drove home smiling because I just got paid to do what I love and now I have a 3 day weekend.  Life is good.

Ah, there is that feeling again.  Didn’t know how much I missed it until today.

I didn't realize how much of my self identity was tied into achieving that feeling on a regular basis.

Sometimes you become so accustomed to bearing a load you don’t realize how heavy it has become until you shrug it off.

I am cautiously optimistic that I will have that feeling on a much more regular basis now.

As I finish writing this, I have been an SRO for just over a month now.  I love it.  I truly enjoy working with the kids and the Teachers.

I have fallen in love with working out before work, which has been yielding results.  I've gone from 244 to 228.  The am grind also gives me more time to spend with my family.  In the last week we went to the Renaissance Festival, a Minnesota Wild game, Lu’s Volleyball game, and Gi’s Hockey practice. 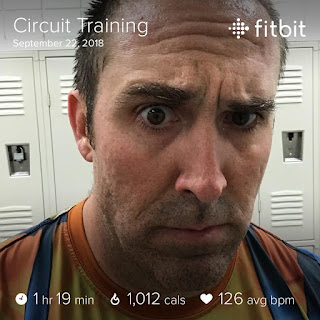 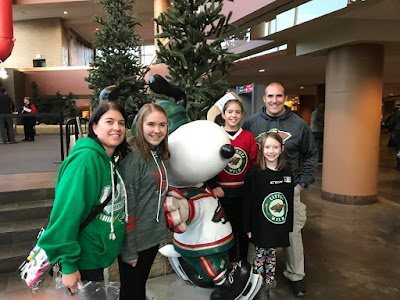 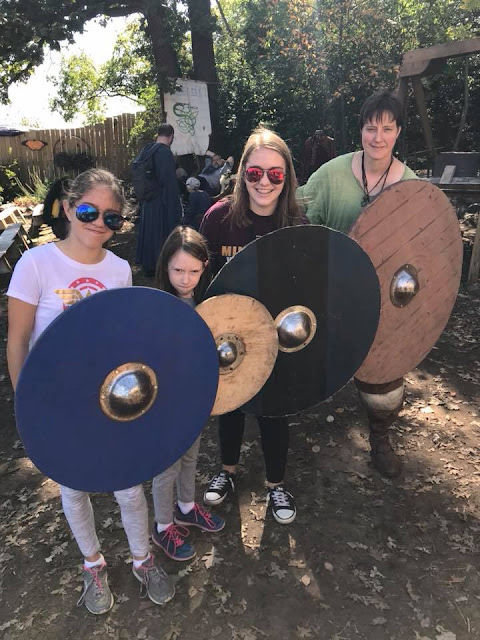 I have had 100% attendance at SWAT and Sniper training, and last night I ran training for the first time in far too long.

This is not a boo hoo feel sorry for Kasey story.  I am truly blessed.

Recently a student asked me if I liked my job.  Without hesitation I smiled and said yes, I love it.
She replied - I can tell.  Apparently I am not hunched over anymore. 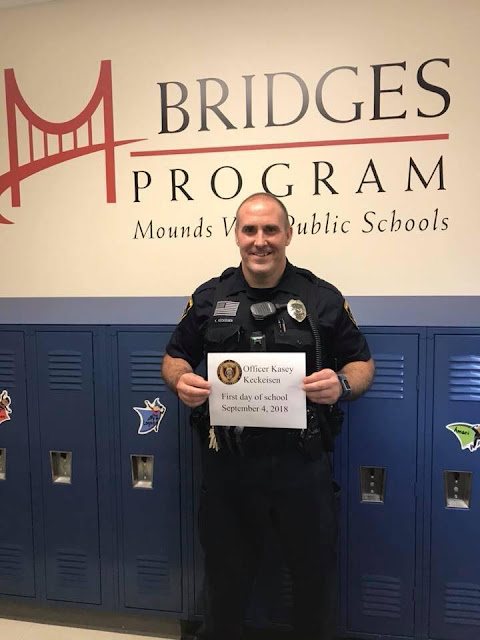 I’m climbing my way back to a new best version of me.  Perhaps the best me I've ever been.  Apparently, I had some things brewing in my head I didn’t know I needed to process, until I felt a compulsion to address them reflectively on my 44th birthday.  Then finally share them four months later. 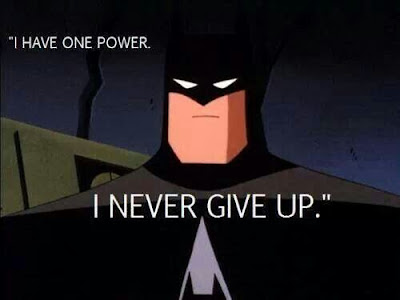 With these (SRO and Viody) opportunities I’m excited to see who I will be on my 45th birthday.
Don’t call it a comeback.  I’ve been here for years.

So...with all of that said, I have built new infrastructure to maintain the best version of me.(see also got my shit together)

As such you will see a blog from me weekly either here or on violencedynamics.com

Thank you for sticking around, I'll work my hardest to make it worth your while. 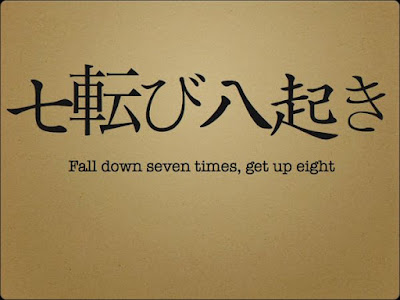