Beyond Batman - Batman by 40 18 months later 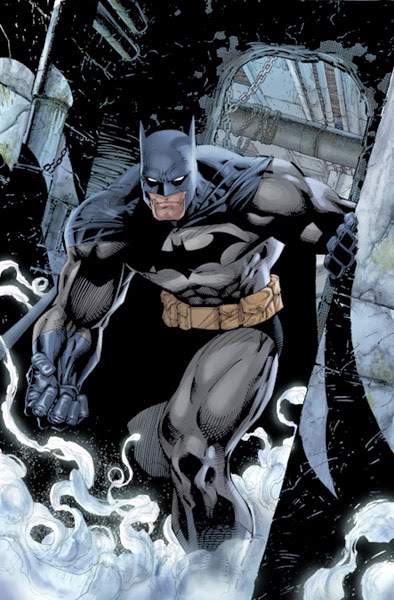 If you will recall back in December of 2013 (This is starting to sound like an episode of "How I met your mother") I was looking at the fitness portion of military.com and came across the Spec Ops fitness challenge


There is a new Special Forces / Special Operations fitness test making its way around the Team areas and creating a fun and competitive event for many of our Army, Navy, Air Force, USMC Special Operators. It is called the Upper body Round Robin (UBRR). The test consists of seven upper body exercises, a speed and long distance run. The UBRR provides a minimum standard for passing which are reasonable scores as you see below, BUT if you want to be competitive with the best of the best you have to push yourself far above the minimums. See events and grading scale below:


If you do not meet the minimum standards in EVERY event you will fail the entire test. The least you can score is 900 points.  By adding your extra repetitions / time per exercise you can create a team competition or have a way to grade prospective candidates seeking to enter these Special Operations Teams. A good score is considered 1300 and above with some scores getting about 1500 in many of the Spec Ops units.

At the time I exceed all of the minimum standards….except run 5 miles in 40 minutes.  I had just run a PT test and had  to bust my ass to run one 8:15 minute mile, much less five of them in a row.

That did not sit well with me 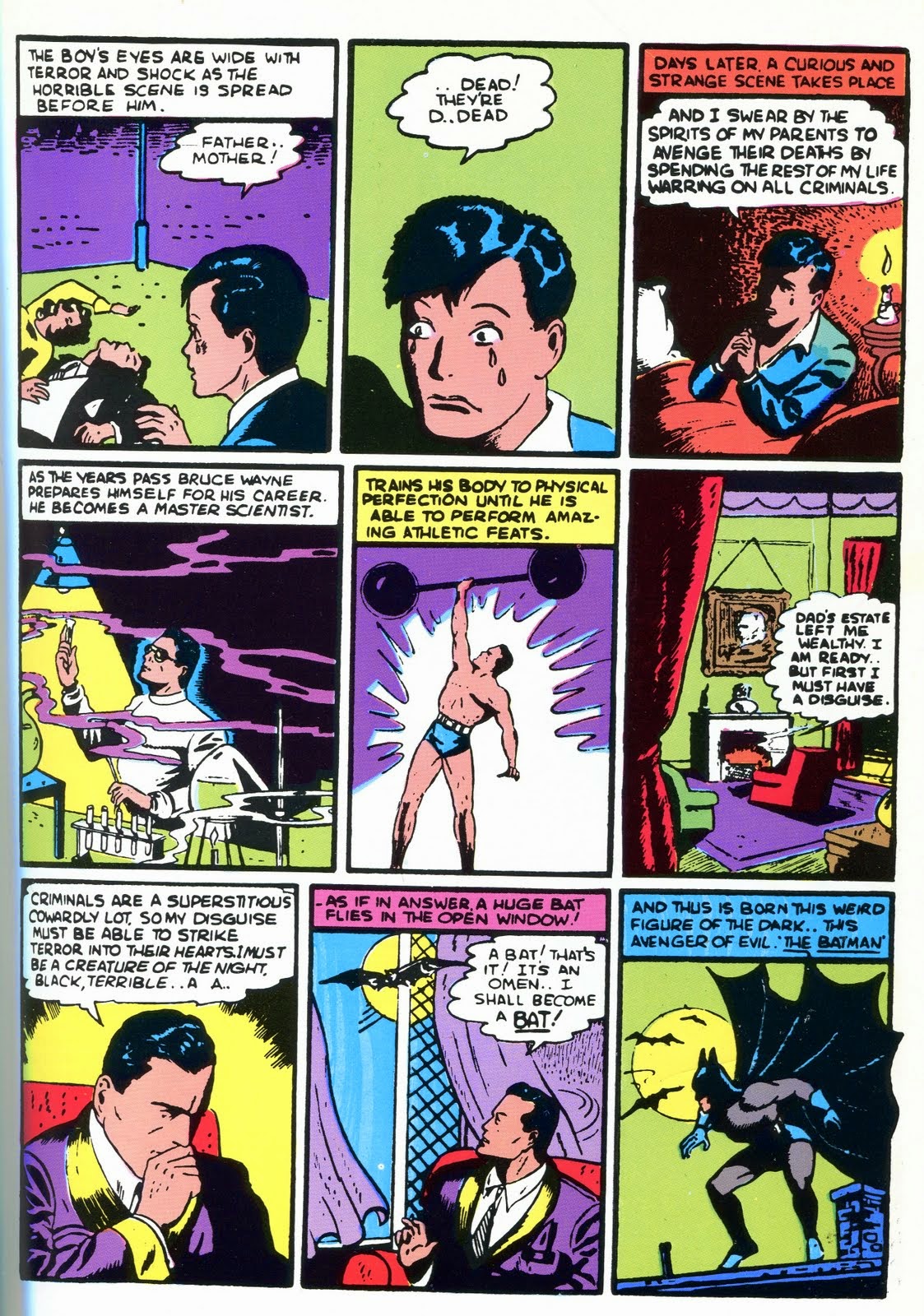 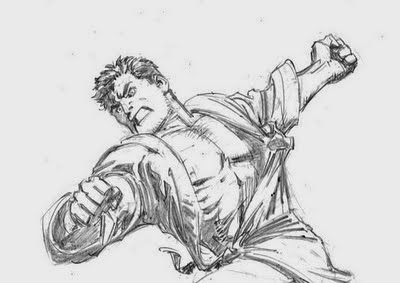 So I started adapting the Super Soldier Project into operation……

What did I do to reach those goals?

Well, that will actually be several chapters of the book.  I'm not going to get into the specifics here, that would make this blog  far too long.

However I will begin an ongoing "Becoming Batman" blog series detailing general aspects of the program.

What I would like to address in this blog is the use of Batman or any other hero to inspire.

Super heroes are defined as characters with skills, abilities or powers, fighting against evil.

“I seek the means to fight injustice. To turn fear against those who prey on the fearful.”
- Bruce Wayne - Batman Begins.

By most definitions, characters do not strictly require superhuman powers to be deemed superheroes.

Heroes serve to inspire us to be more than what we are.
To become the best that we can be
Plenty times I wanted to quit (especially on the treadmill or running in the snow) 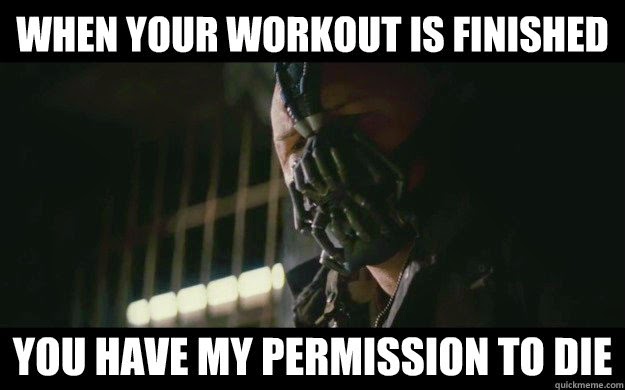 Batman doesn't quit
So then neither do I

As I made progress, and saw results achieving my goal became more important.  It was easier to refrain from or eliminate things that deterred from that progress

"Hey we are going out for ice cream want to come"
No thanks
"What are you going to have for desert?"
Discipline

The closer I got, the more real it became, the more I wanted it.

WWBD
What would Batman do?  Heroes serve to inspire, that became my mantra

It's raining out I don't feel like running
WWBD?
It's been a crazy day at work and the DVR is full of cool stuff, the couch is just downstairs and the Dojo is so far away
WWBD?
This bed is so soft and warm, sleeping in would feel so good maybe today can be a rest day
WWBD? 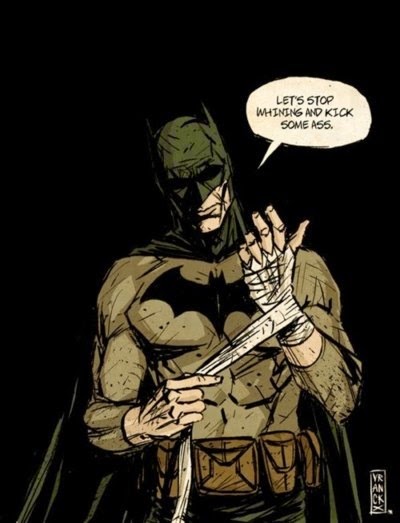 That is what Batman would do

How do you become Batman?
There really is no secret.  The short answer is, make a plan that you can stick to, then stick to the plan.

On days you don't feel like sticking to the plan find inspiration.

It doesn't have to be from Batman or even a Super Hero.  Here is a picture of my Sister after crushing a 7 mile run in 1 hour.  You can see she draws inspiration from Captain America and Batman.

But I draw inspiration from her.  She isn't a genetic freak gifted with amazing athletic abilities.  She busts her ass and eats clean everyday.

Make a plan that you can stick to, then stick to the plan 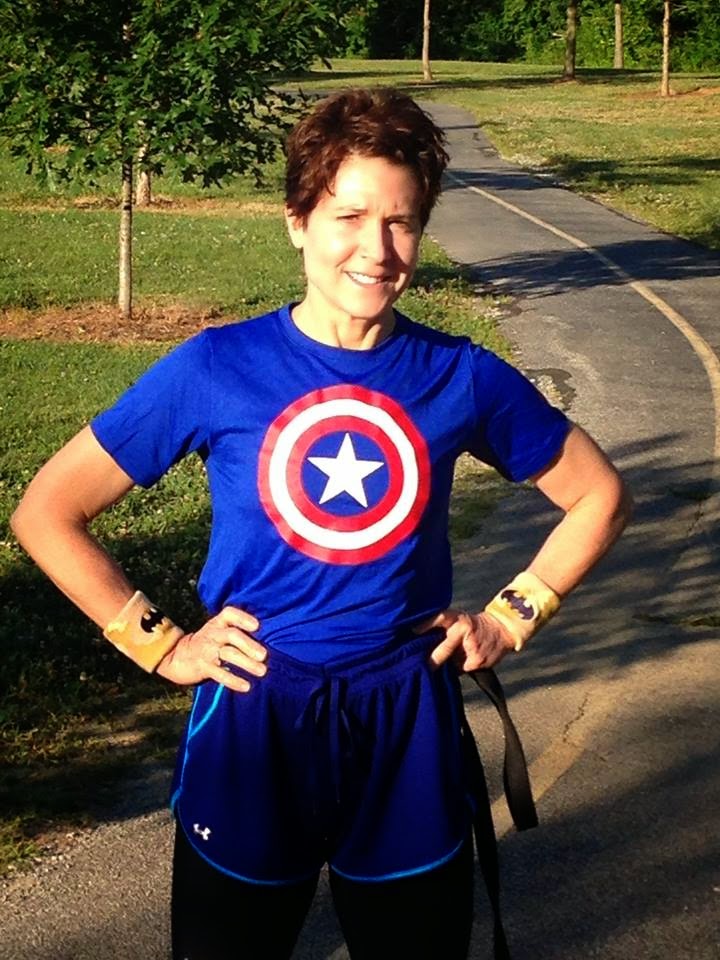 You may never reach your goals.  Sad but true.  However, in your attempt to reach those goals whatever they are, you will make much more improvement in the attempt than if you never try to do anything great. 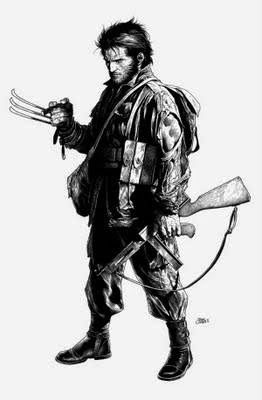 “The key isn't winning -- or losing, it's making the attempt. I may never be what I ought to be, want to be -- but how will I know unless I try?Sure, it's scary, but what's the alternative? Stagnation - A safer, more terrible form of death. Not of the body, but of the spirit.An animal knows what it is, and accepts it. A man may know what he is -- but he questions. He dreams. He strives. Changes. Grows.” ― Chris Claremont, Wolverine

I am the goddamned Batman! 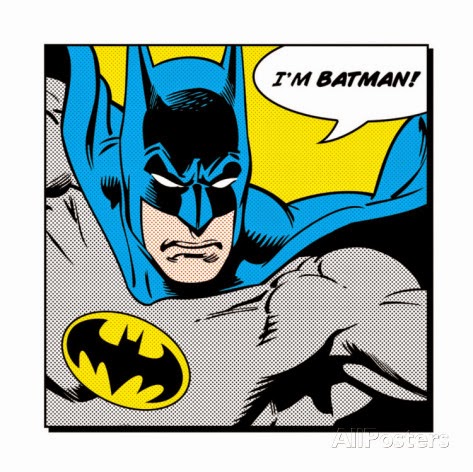 Besides reaching the Spec Op goals I set for myself, here are some other pretty cool Batman stuff I have done


As cool as all of that is it doesn't really mean shit
What have I done for you lately?

The world will always need a Batman


Project Batman Beyond:
It would be easy to sit on my laurels now
WWBD?
Steve Jimerfield always says you should retire more fit than when you were hired.
Hell, he didn't even really start working out until he was 50 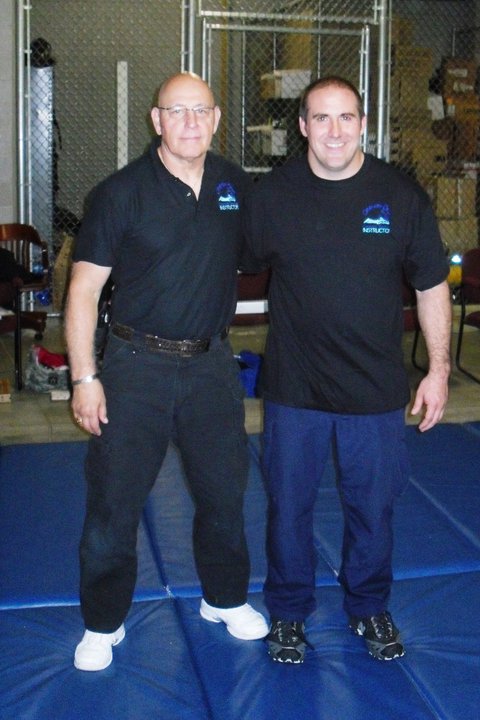 So Project Batman Beyond has two facets
One is to maintain this level for the next decade.

The only way I can figure to do that is to make constant progress. 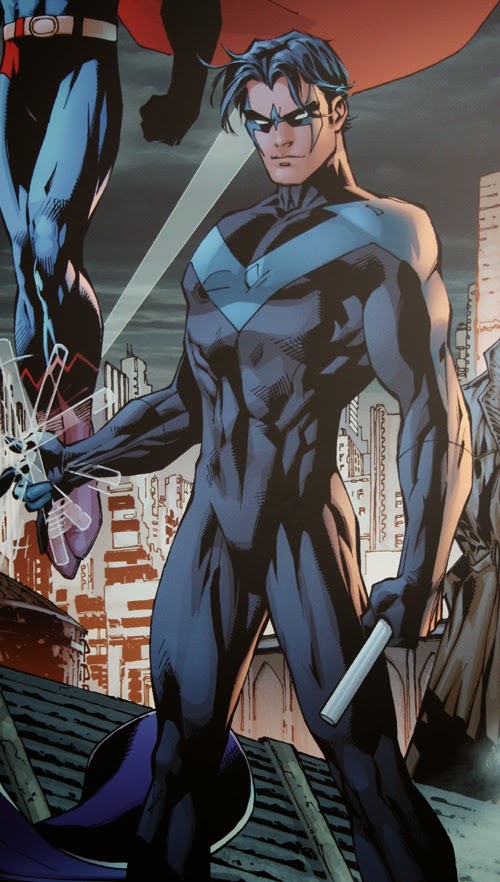 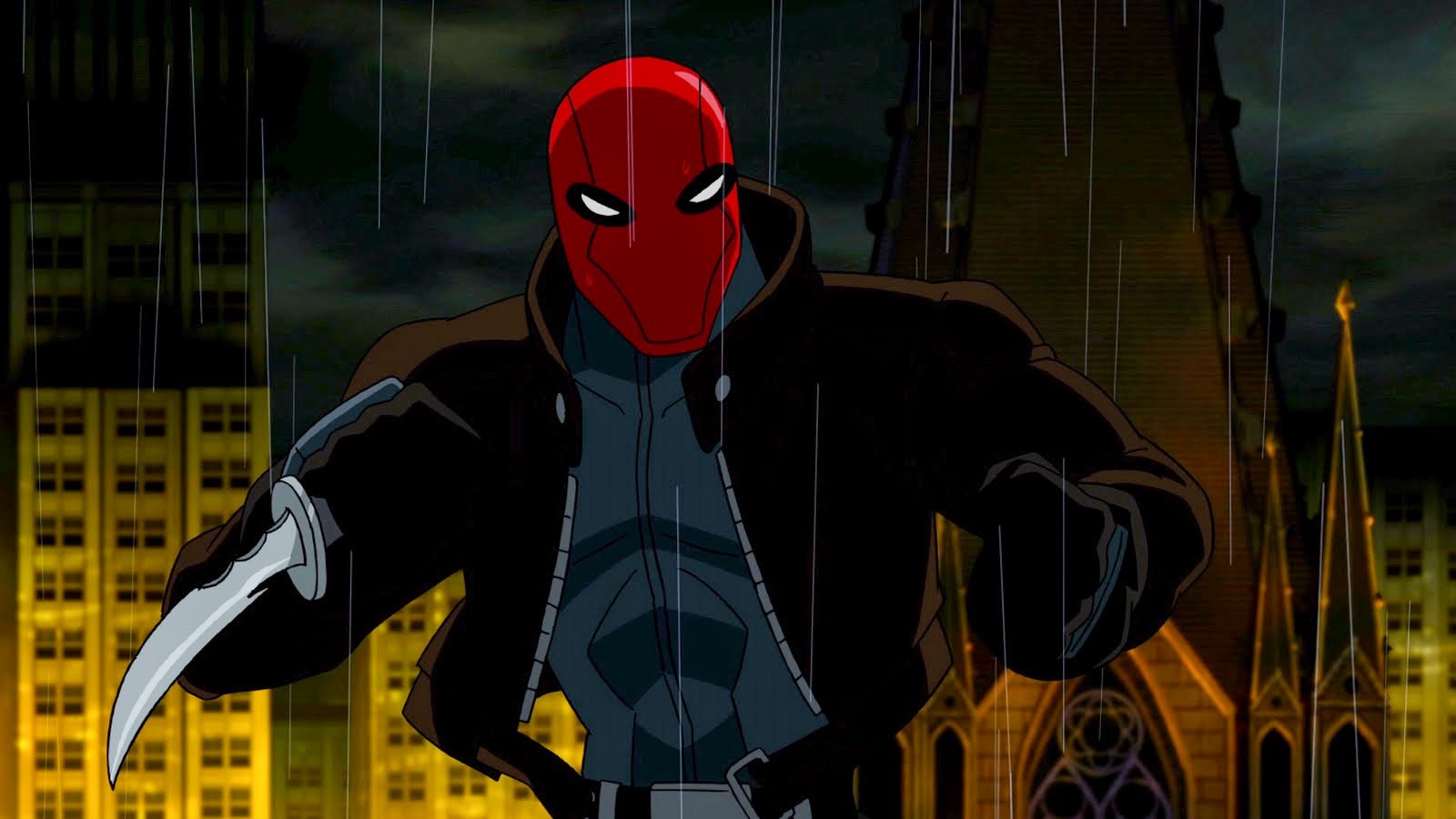 Knock knock
who's there?
Becca
Becca who?
Because I'M BATMAN! 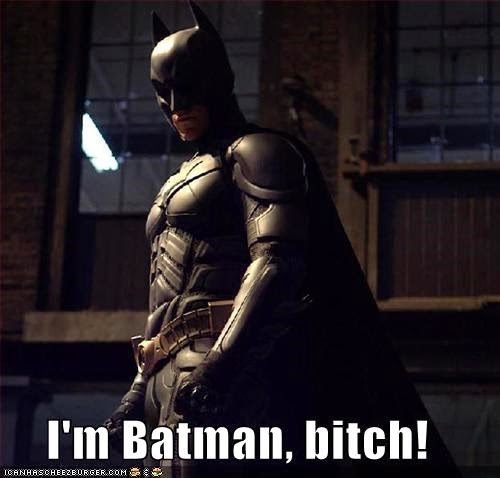